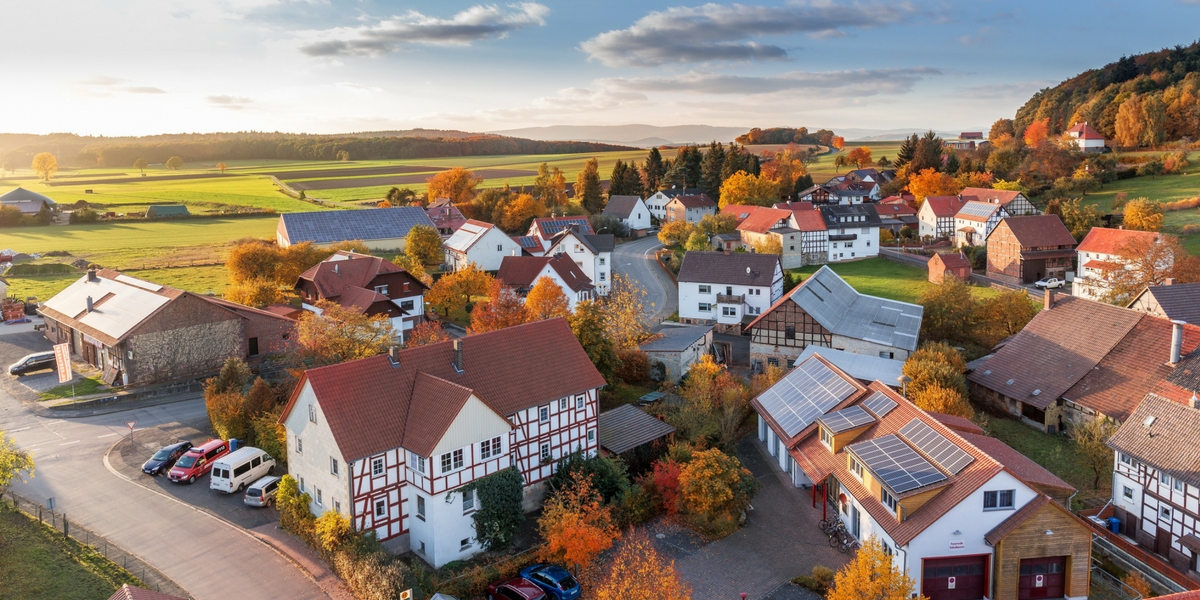 A number of trends in the UK housing market have been bubbling below the surface for quite some time now. With traditional investors and news publications focusing on cities in the UK, many have overlooked the transformation that many villages are making. Those that offer easy living, innovative working spaces, strong transportation links, updated technology, and a strong sense of community have been drawing people out of the city[1].

The world trend of growing cities takes academic and financial focus away from rural settlements. According to data from the UN, 66% of the world is predicted to be living in towns and cities by 2050[2]. In terms of Britain, it translates to only 8 million living in the countryside versus a staggering 65 million in the cities by 2050. Whilst urbanisation boasts a host of benefits, such as economic and social growth, increased life expectancy, improved education and literacy rates[3], unsustainable growth can lead to negative consequences such as inequality in living conditions, pollution, and urban sprawl to name a few. Further increasing the consequences, London must build 66,000 new homes a year to keep up with its growing backlog[4].

In a government study spanning 2013-14, an internal migration of 60,000 people was recorded, most of which were moving to rural areas. Reasons cited were safety, space, and community[5]. Technology’s effect on communication, shopping, working, broadband and mobile signal in rural areas has allowed a revitalisation of villages. As a result, rural England has a growing business sector, with a quarter of all companies registered residing there. Areas in highest demand are the South East, South West and North West, particularly around London. The ideal village for those exiting the city combines old and new: featuring churches, schools, pubs, shops a village green, while also proving innovative housing, start-up space, strong mobile and broadband connections, and accessible transportation links.

According to a report published by Housing Futures, five core groups are leading the move from cities into villages:

In addition, the report identified three types of property in which these groups would be interested in living in:

With careful planning, development and investment, rural England is set for a massive revival. As cities become increasingly difficult to live in, villages seem to be the future for anyone from Baby Boomers to young entrepreneurs. The question is no longer when people will start to move out of congested cities, but rather when will villages modernize to meet the newfound demand.

If you would like to stay up to date on all investment opportunities, sign up and you will receive a free info pack. Homegrown is an online crowdfunding platform that connects experienced small to medium sized developers with financing from everyday investors, allowing you to diversify your portfolio beyond buy-to-let and into the world of alternative finance and crowdfunding. Find out more information by signing up or simply email one of our team members at info@homegrown.co.uk.